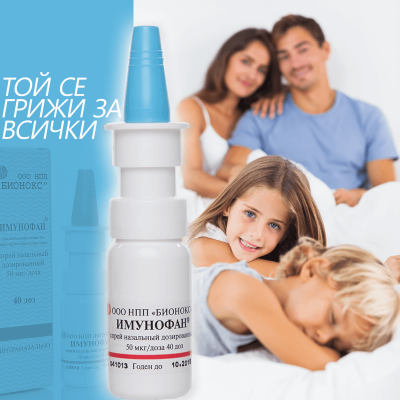 When the immune system collapses for various reasons – huge stress or exposure to chemicals, then we are attacked by serious diseases, including cancer. To prevent this, you should take drugs that normalize immunity. Imunofan has a wide range of effects, which is concentrated in several main areas – correction of the immune system, restoring the balance of redox processes in the body, deactivation of free radicals and suppresses the negative drug effects at the cellular level.

Immunophane is rapidly broken down into its constituent natural amino acids. This increases the production of antioxidant proteins and restores cellular immunity. The immune system recognizes everything harmful to the body. A healthy immune system is able to immediately attack and destroy diseased cells. However, there are cases when the patient simply can no longer tolerate the procedures and for him the treatment not only does not work, but also becomes toxic. The biggest advantage of Imunofan is that it overcomes this. Cells have their own mechanism of intoxication. They have to throw out the garbage, the poisons, so that there is no tragic turn. When this transport transport system is activated, then the cells are not affected by the drugs. They discard them and this is the so-called multiple drug resistance syndrome. It consists in the fact that not one, but all drugs are rejected by the cells, because the mechanism is universal, regardless of whether the drug is harmful or useful. The patient receives a full course of chemotherapy, but cannot count on a good therapeutic effect. The reason is related to multiple drug resistance. The drug stops working, causes a powerful chemical reaction and chemotherapy becomes impossible. However, Imunofan overcomes this syndrome and restores the sensitivity of cells to the healing effect of chemotherapy. Due to this, a powerful effect of drugs in the treatment of cancer is achieved.

Research and Production Enterprise NPP “BIONOX”, founded in 1991 by a group of scientists is a manufacturer of the Super Preparation IMUNOFAN Spray.
Immunofan is synthesized on the basis of the natural peptide hormone of the thymus gland – thymopoietin. The preparation contains as active substance a hexapeptide with the structural formula arginyl – alpha – aspartyl – lysyl – valyl – tyrosyl – arginine with a molecular weight of 836 Da. The composition and sequence of amino acids are protected by patent RF № 2062096. Extensive testing and many years of experience in the use of the drug in the most reputable clinics in Russia have convincingly shown that there is currently no analogue of Imunofan in world medicine as an effective immunomodulator.

IMUNOFAN is a preparation, which acts as a shield for the human organism. It modulates the immune system and has favourable influence on a wide range of diseases – chronic diseases, allergies, hepatitis B and C, urological and gyneacological diseases, stubborn infections, chemo- and ray therapies.